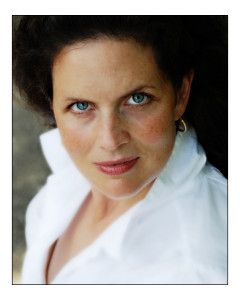 Krista’s numerous roles have included the title role in Blitzstein’s Regina, Desdemona in Verdi’s Otello, Fiordiligi in Mozart’s Così fan tutte, Lady Billows in Britten’s Albert Herring, Mother Marie in Poulenc’s Dialogues of the Carmelites, Micaela in Bizet’s Carmen, First Lady and Second Lady in Mozart’s Die Zauberflöte and Gran Sacerdotessa in Verdi’s Aida. Krista has performed and produced with New York-based Opera on Tap since its inception in 2005, is a member of its contemporary ensemble New Brew, and has performed in their productions as Susan in The Filthy Habit and Mother in Prairie Dogs. Krista is also in demand as a lecturer/performer, with topics ranging from the evolution of the singing voice to the hardest arias ever written. National and international reviewers have raved over Krista’s performances, calling her “a magnificent stage animal with a pealing soprano” and saying “She can deliver powerful declamation in the middle voice and fling out a splendid high C. She has glamour and personality to burn” and “Her colorful voice and powerful singing brought out the spirituality of life. She sang a dramatic and exciting program with poise, confidence and energy, and, on top of that, she made it look easy.” 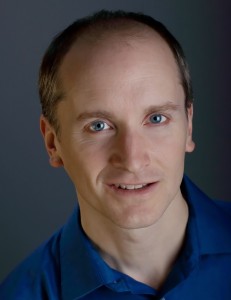 Lynn Berg recently played Uncle Peck in Tongue in Cheek’s production of “How I Learned to Drive.”  He’s also performed at Joe’s Pub in “Batz” and at the Brick Theater in “Every Play Ever Written,” and “Ninja Cherry Orchard.”  Lynn appears in the films “A Day’s Messing,” and “The Clean Up” and in the web series “Metal Gear Office” and “Plant.” He plays B-Dawg/Tom in the NYIT Award winning “Bouffon Glass Menajoree.”  www.lynnberg.com 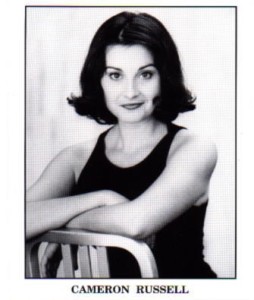 The world is a amazing place for soprano Cameron Russell. Prior to her experience with Opera on Tap’s Roadwork Series she did not have the word “hatchetations” in her vocabulary. How enjoyable it is indeed to broaden ones knowledge and to muse that had she been born in Carrie’s time, California penal code 594 PC would not ring an all too familiar bell. Ms. Russell, as well the majestic and formidable quail hail from that great state of California. She has appeared in operatic roles with Opera San Jose, theatrical productions for TheatreWorks, was a featured artist for the opening of the Bellagio Hotel in Las Vegas and is a proud member of Opera on Tap’s New Brew Ensemble. She received her BA from UCLA and her MM from Manhattan School of Music. 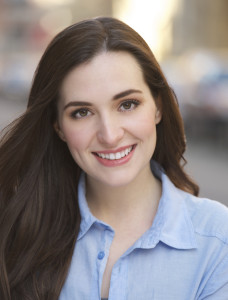 Christiana Little is a singer, actress and writer. Off-Broadway: Laurie Partridge in “The Bardy Bunch.” Recent: Bella in “Drop a Dime” by Wendy MacLeod, and Rosie in “Carousel of Progress” by Lauren Yee – both world premieres, at the Queens Theater. In concert at Ars Nova, 54 Below, and LAByrinth Theatre Co. Her ten-minute musical “The Charm,” with composer David Shenton, was a selection in the 2013 SoundBites festival, and was produced at the 47th Street Theatre. Her musical “Bombshell Baby!” (co-written with composer Rachel Felstein) was presented in a sold-out run at the Ensemble Studio Theatre in July of 2012. “Bombshell Baby!” is about a drag queen who fights Nazis. Christiana served as dramaturg for Christopher Cerrone’s “Invisible Cities,” 2014 finalist for the Pulitzer Prize. BM, Manhattan School of Music. Voice with Ron Raines. Member: BMI Workshop, AEA, SAG-AFTRA, Dramatists Guild. Teaches private voice lessons; Christiana is on the voice faculty at the New York Film Academy. www.christianalittle.com for more. 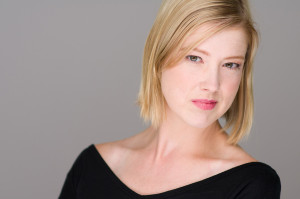 Jocelyne O’Toole is a vivacious presence emerging in film, television and the New York theater scene, with great roots in opera and contemporary music. Critically acclaimed for her “perfectly balanced” and “convincing” operatic portrayals, Jocelyne has sung at Carnegie Hall and various American music festivals.  While she is pursuing her true passion for theater and film, her musicality continues to open doors. Jocelyne has been featured in national commercial campaigns for Facebook, Time Warner, and Manchester Ever Last Candles. She recently shot two promos for FX’s new television show, The Stain, and is featured as “Sister Helen” (a nun with stigmata) on a new pilot created by Wilson Mbiavanga, Enlightenments. Jocelyne was also recently heard in the West Village Musical Theatre’s production of Wicked, Frozen. She is a graduate of Hartt School of Music and Manhattan School of Music, and is passionate about song writing, yoga, and her faithful pup, Winnie Cooper. For more information, visit jocelynetoole.com 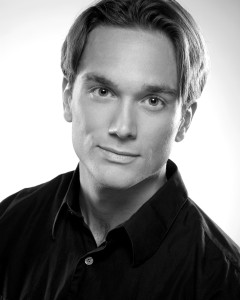 Originally from Rochester, NY, Evan McCormack has been performing in the NYC area for five years. Evan was last seen in May at the Triad Theatre as the title role in a staged concert of Song of Solomon, a new musical by Andrew Beall. Becoming a bit of a Bach fanatic as of late, Evan has been performing in Baroque concerts throughout the New York area since early 2013. In the spring of 2012, Evan was a Tyler Young Artist with Opera on the James where he covered the role of Nemorino. Ohio Light Opera’s 2011 summer festival saw him Frederic in Pirates of Penzance and Comte Rene d’Estrades in Leo Fall’s Madame Pompadour. Evan has made mainstage appearances with Opera on Tap NYC, Connecticut Opera, Fort Worth Opera, Opera Company of Middlebury, Teatro Bramante, Project Opera of Manhattan and the Seagle Music Colony. Stage credits include Tamino in Die Zauberflöte, the title role of Candide, Rinuccio in Gianni Schicchi, Acis in Acis and Galatea, Sylvio in Le Docteur Miracle, The Man with the Old Luggage in Argento’s Postcard from Morocco, and Tony in West Side Story. Upcoming engagements include Solomon in the world premiere production of Song of Solomon as part of the Thespis Theater Festival in NYC. Evan received his Masters in Opera Theatre from the University of South Carolina and is a co-founder of OperaPulse.com. 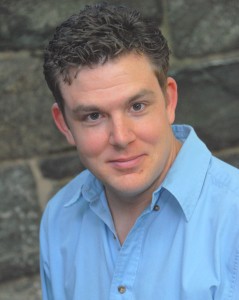 Baritone David Schmidt has performed a broad range of opera, concert, and musical theater on stages across the US and Italy.  Recent engagements include The Blind at the Lincoln Center Festival with American Opera Projects and Parsifal and Götterdämmerung in the Chorus at the Metropolitan Opera.  With Opera on Tap, he has enjoyed performances as Late Elvis in Opera Elvis: A Lament for the King, Gil in The Filthy Habit and the Father in Prairie Dogs.  At the Spoleto Festival in Italy, he gave the premiere performance of an aria composed for a new production of The Telephone in the role of Ben directed by Gian Carlo Menotti.  Other favorite roles include: Marcello, Nick Shadow, Guglielmo, and Belcore.  Companies include:  Nashville Opera, Anchorage Opera, Opera Memphis, Alpine Theater Project, Ensemble Studio Theatre, Des Moines Metro Opera, Center for Contemporary Opera, Missouri Symphony and the National Opera Company. 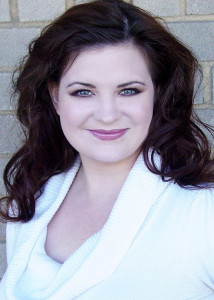 Patricia Vital is an up and coming New York City based soprano. Favorite roles include Marie (La fille du regiment), Sister Genovieffa (Suor Angelica), Serpina (La Serva Padrona), and Musetta (La bohème). Past performances include the roles of Giulietta (I Capuleti e i Montecchi), Il Matto (Cagnoni’s Re Lear), Adina (L’elisir d’amore), Elvira (I Puritani), Susanna (Le nozze di Figaro), Norina (Don Pasquale), and the premier of the Greek opera, Ektor, by George Tsouris. Patricia has been seen on the stages of Opera New York, Regina Opera, Opera Las Vegas, Riverfront Opera, Utopia Unlimited, The Old Vic, and others. An avid supporter of outreach, Patricia devotes a great deal of her free time to the promotion of opera and the performing arts. 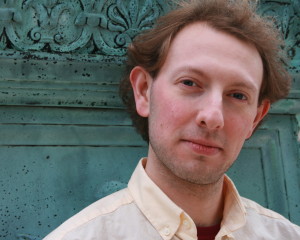 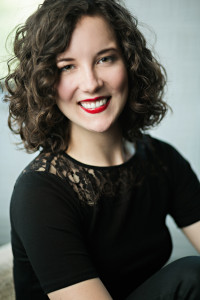 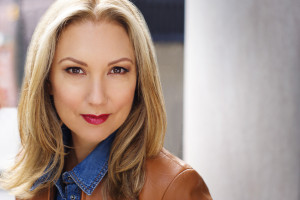 Jenny Lee Mitchell is a director, performer and producer who attended The Experimental Theatre Wing at NYU’s Tisch School of the Arts where she studied theater composition, directing and performance. She studied classical voice in Germany where she remained for over 15 years singing in major operetta and musical theatre productions throughout Europe and touring with a Lecoq trained theater troupe. She then began assisting the celebrated clown David Shiner and started creating her own clown work. After moving back to New York in 2005 she collaborated with various artists before forming Theater The with fellow musician, singer and vaudevillian Aldo Perez. Theater THE, has created absurdist, music productions including The Curse Of The Mystic Renaldo The, Radio Purgatory and House Of Dopes. Most recent acting credits: The Last Cyclist with Untitled Theater Co. #61, Ich Liebe Jesus, Vaclav Havel’s Hunt For A Pig, When Clowns Play Hamlet. Off Broadway: Outside Inn at 59East59, Fire Island by Chuck Mee at 3 Legged Dog. Europe and Regional credits include: Dance Of The Vampires directed by Roman Polanski, Fame, Falsettos, Hair, Jekyll And Hyde, Dames At Sea, Ruddigore, A Christmas Carol, Alice In Wonderland, Orpheus In The Underworld, Yeomen Of The Guard, Ludwig II and Mozart the Musical. Directing credits include: Old Dog April at One Woman Standing, Rhesus with American Thymele Theater, Saint Hollywood, at Ideal Glass, Dick Whittington at Dixon Place. 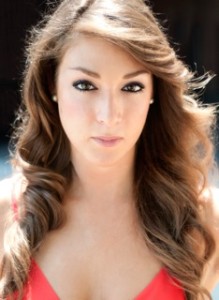 Daniela Victoria Hart is a director, music director, sound designer and actress based in Manhattan. She holds BFAs in Musical Theatre and Acting from East Carolina University. She is currently a Resident Director with the Flea Theater as well as a member of The Lark Play Development Center’s Literary Wing.

ABOUT OPERA ON TAP: 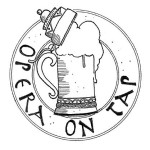 Hailed as “raucous and sublime” by the New York Sun, Opera on Tap has been bringing opera to the uninitiated in bars, rock venues, and other alternative spaces since 2005. Born at Freddy’s Bar and Backroom in Brooklyn, Opera on Tap has gained national press recognition, several performance residencies across the city, and now has sixteen national chapters. For more information, visit OperaonTap.org.